Instagram influencer Sahar Tabar, who built a following of 486,000 for her eery pictures and likeness to Angelina Jolie, has been jailed for a decade. Now campaigners are calling on the actress for help

Initial reports suggested she would face anywhere between three months and two years behind bars for her striking pictures. But her lawyer has now claimed that she has been sentenced to 10-years in prison, MailOnline reported.

The outlet cited Iranian journalist Masih Alinejad as a source, who said they spoke to the social-media sensation’s attorney.

“Sahar Tabar is only 19. Her joke landed her in jail.

“Her mother cries every day to get her innocent daughter freed. Dear Angelina Jolie! we need your voice here. Help us.”

She was arrested for blasphemy, inciting violence, gaining income through inappropriate means and encouraging youth corruption. Her slew of charges have now reportedly landed her with a decade long prison sentence. She tweeted: “I call on Angelina Jolie to help an Iranian 19-year-old girl who received 10 years prison sentence for using makeup & Photoshop to turn herself into Angelina.

Creepy home security footage records a blood-curdling scream in an empty living room in the middle of the night, startling a pet cat and leaving the homeowners question if they have a ghost

A weird video records the terrifying sound of a “human-sounding” scream coming from a couple’s empty living room in the middle of the night.

Reddit user u/ParrotParent uploaded the creepy footage to the ghosts forum and said that the sound was so loud it woke her up and, after checking the external cameras, said the noise definitely came from inside the home.

In the clip, the darkened room is completely still and a black cat is curled up asleep on the sofa.

Suddenly, a scream erupts from somewhere nearby and the sleeping cat jerks violently awake at the noise.

Explaining more about the clip in the caption, the homeowner wrote: “Scream in the middle of the night while we were sleeping.

“Came from the living room.

“Lot of other weird occurrences in this house.”

On the fence, one viewer said the noise “could absolutely be paranormal” but also suggested it might be caused by a water pipe under high pressure.

A group of Iowa-based Bigfoot hunters are seeking evidence of Bigfoot in the Hawkeye State, and are displaying their findings in a documentary “Squatch Iowa.”

It was a cool spring evening in Waterloo, Iowa, 2009 when brothers Seth and Jesse Alne ventured into a small patch of woods. Cameras and flashlights drawn, the pair walked side by side down a dirt trail.

The object of their search? Bigfoot.

Dark shadows and eerie sounds lurked behind trees; every snap of a twig echoed as they crunched beneath the feet of the unknown. The Alne brothers split down a trail to avoid trekking through a flooded area when Jesse saw a large hairy creature approaching. It was huge, with red eyes that were glowing in the night. The creature pushed over a massive tree and glared at him with intent.

At this point, Jesse yelled out to Seth, saying that he believed he was seeing a Bigfoot. The pair then began to pursue the creature as it ran away, barreling through trees and shrubs. Jesse and Seth pursued as long as possible but were quickly outrun and left in disbelief of what had just occurred.

“Squatch Iowa” toys with the theory that the Bigfoot may not be a fully flesh-and-blood creature, but possibly a spiritual or extraterrestrial being.

There are several theories of exactly what kind of creature Bigfoot may be. One theory Seth Alne has is that Bigfoot may be an evolution of the Nephilim: creatures mentioned in the Old Testament of the Bible that formed as the offspring of angels and humans.

Both Alne brothers also believe the creature could be a descendant of the Gigantopithecus, an extinct species of giant ape found in Southeast Asia. Iowa native and original member of the group, Dan Gehrt, said anything is possible.

“I don’t think anything’s out of the realm of possibility, especially with Bigfoot, because nobody really knows anything about him,” Gehrt said. “The idea of Bigfoot being spiritual is not entirely out of the question, but also there is no definitive research on the topic.”

Gehrt also acts as the group’s skeptic, challenging their ideas with scientific reasoning. 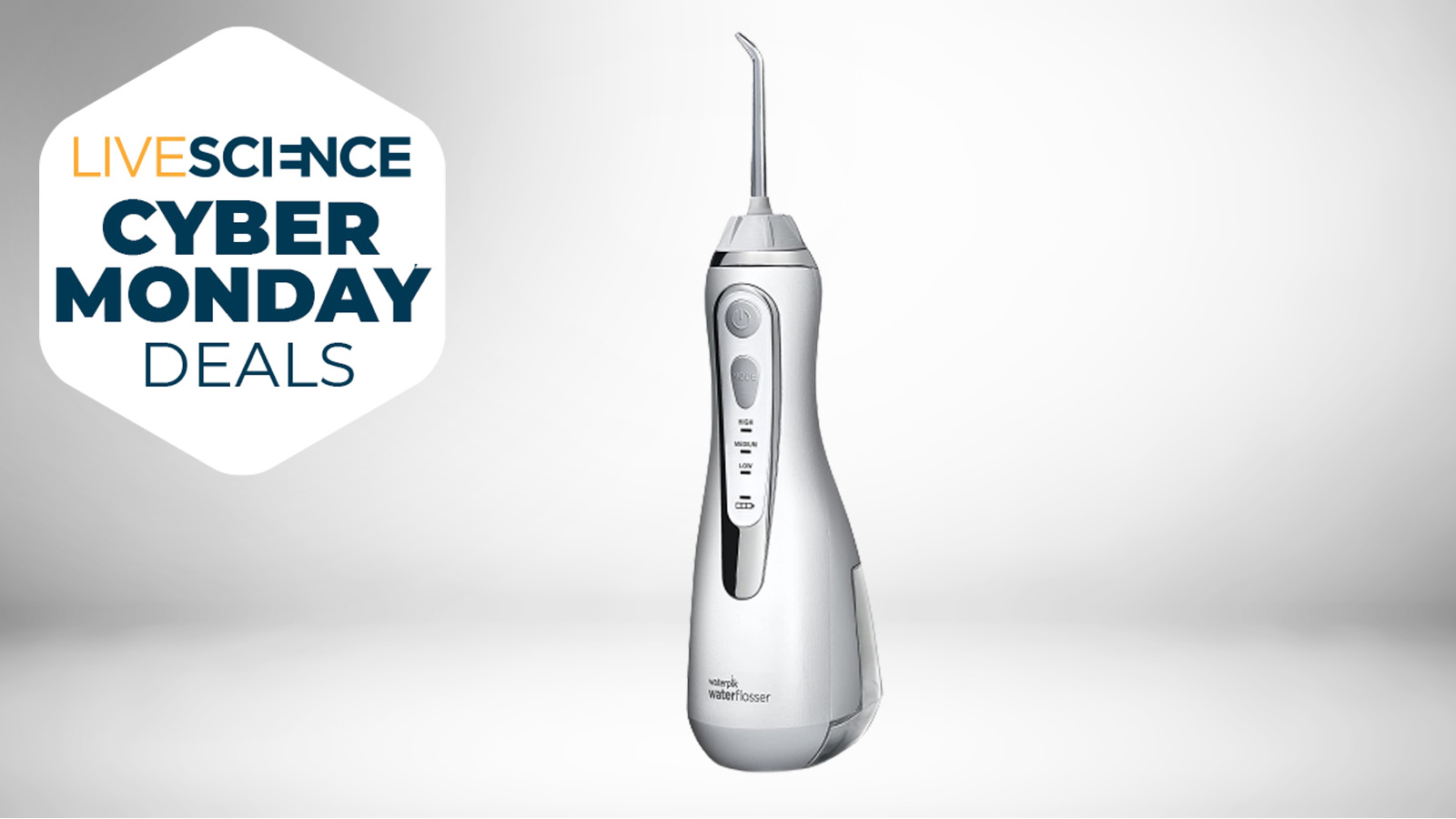 Hurry to the checkout, with only a few hours left to get 40% off the WaterPik Cordless Water Flosser for Cyber Monday. [...] 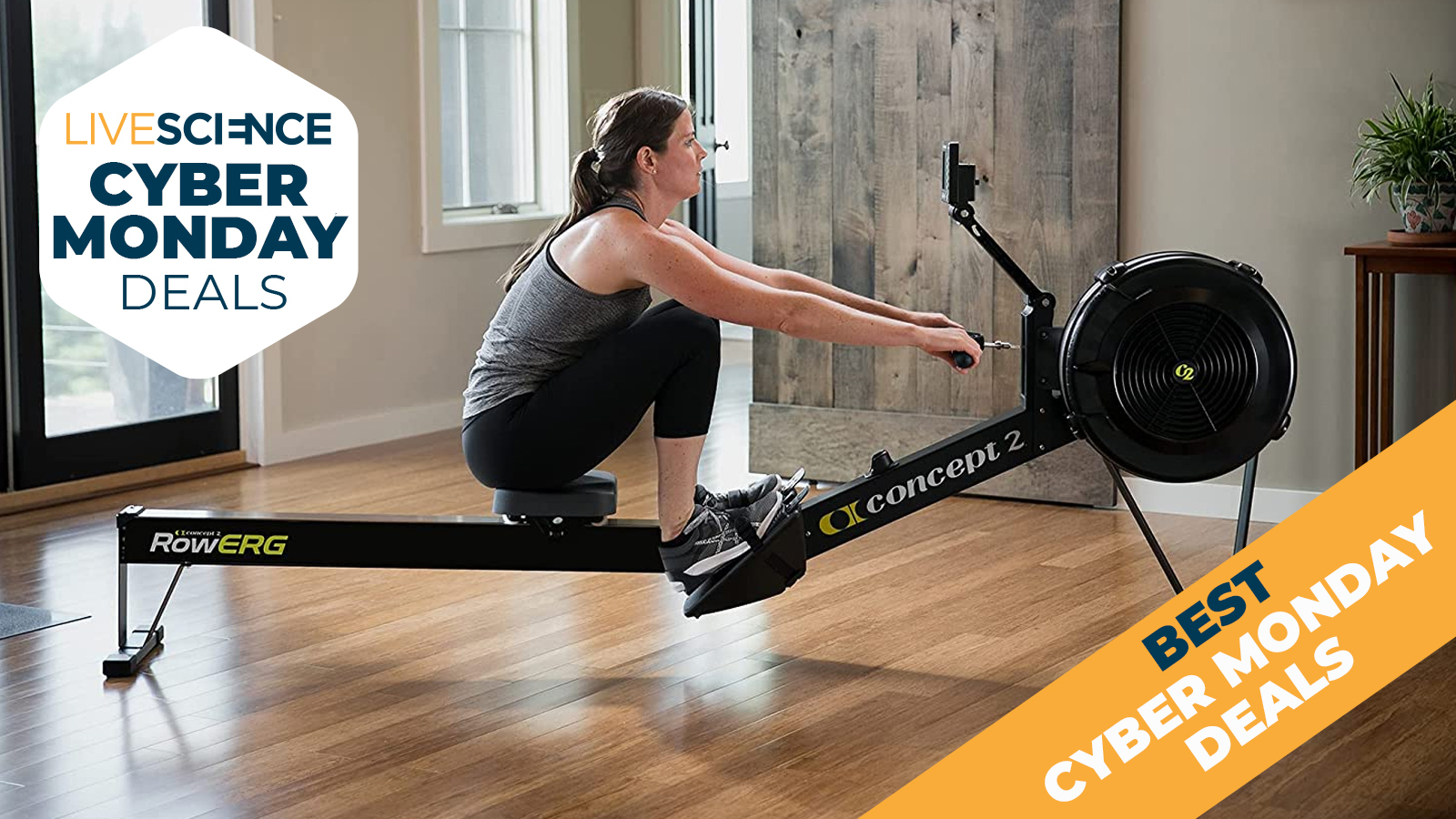 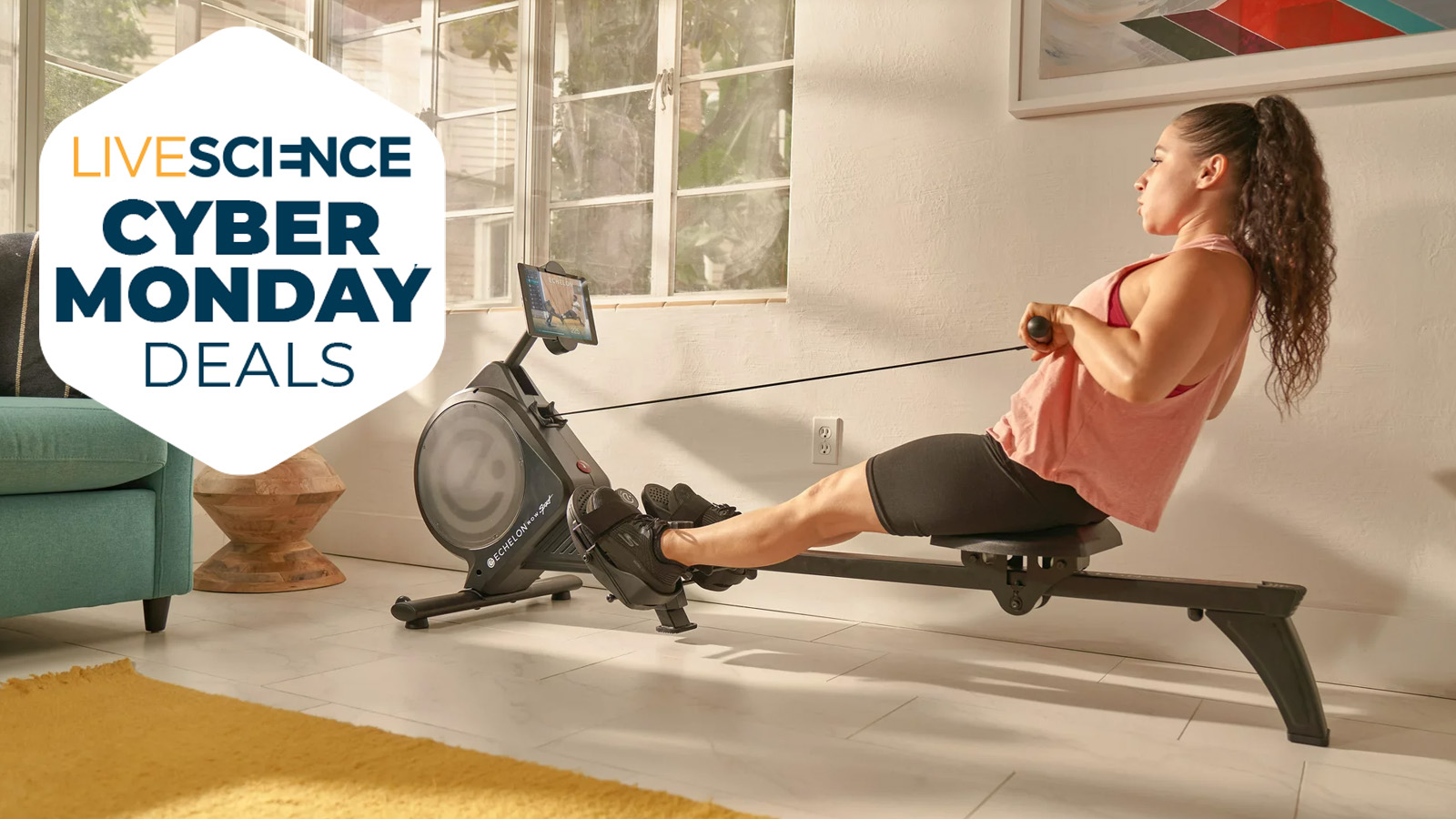 Walmart has slashed the price on this Echelon Smart Rower by $300 for Cyber Monday — hurry before it sells out. [...] 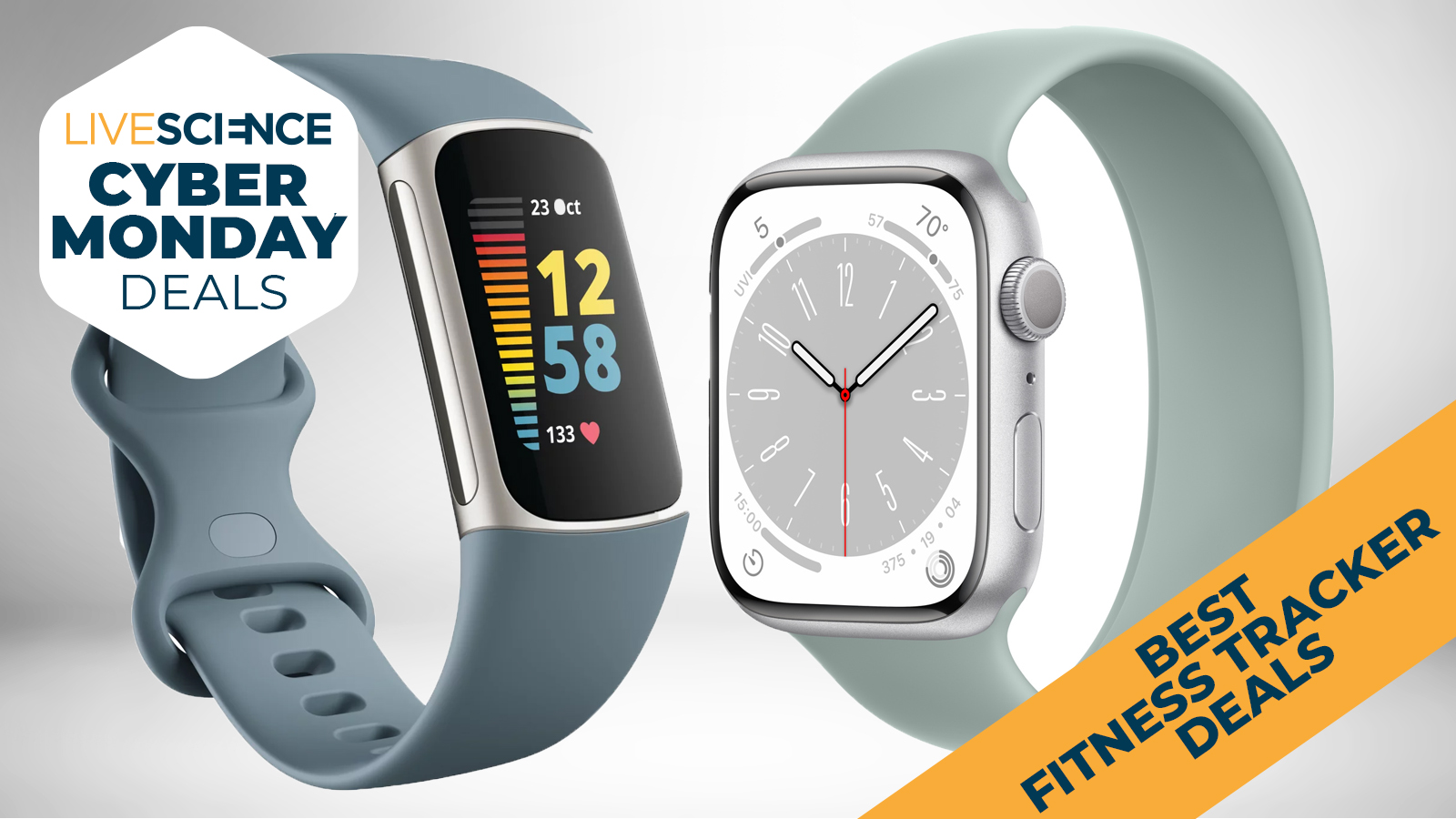 These Cyber Monday fitness tracker deals won’t last much longer. Save on Garmin and Fitbit models at their lowest ever price. [...]

Quick! Just hours left to save $100 on Fitbit's best watch in the Cyber Monday sales 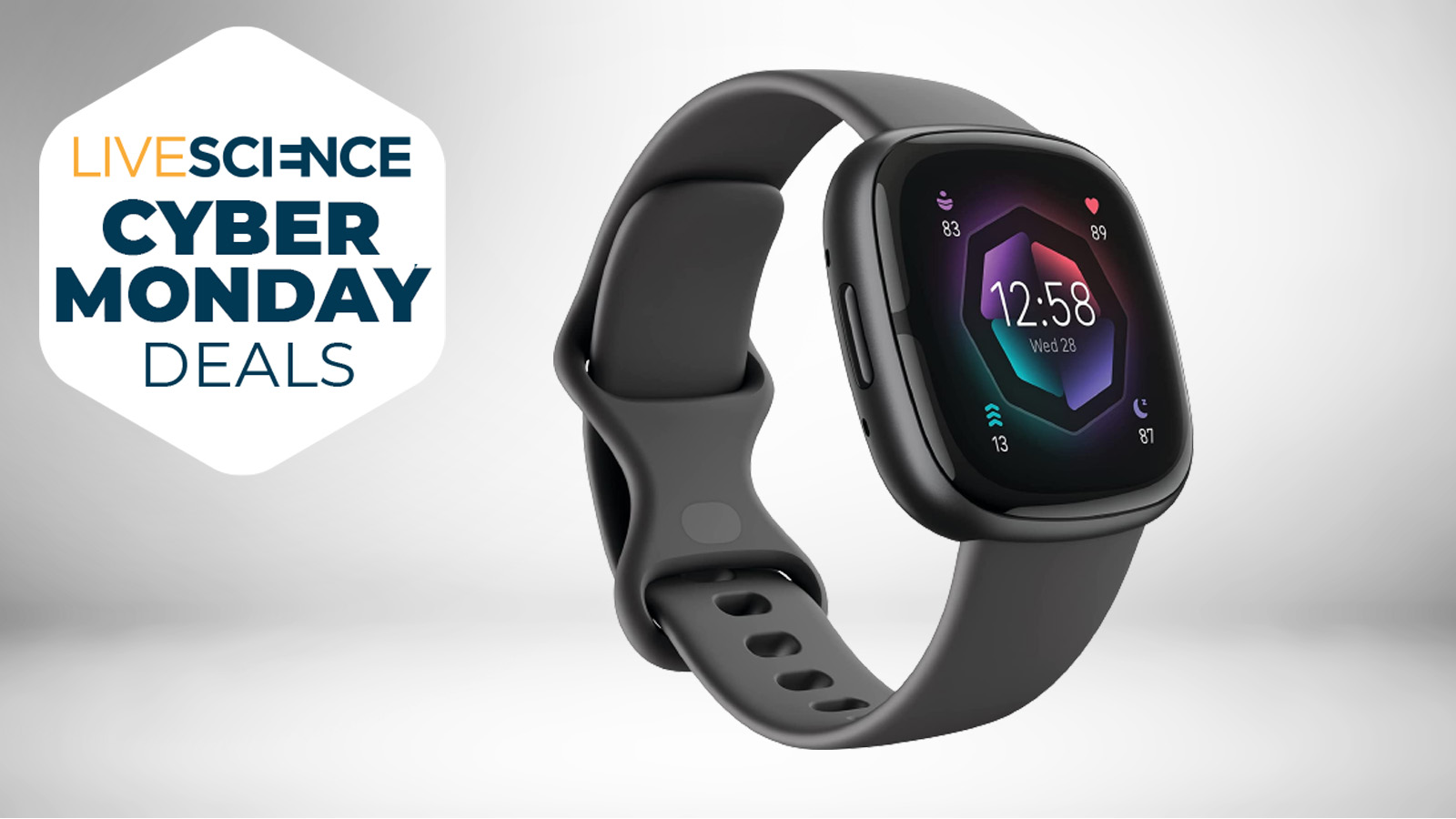 The likeable Fitbit Sense 2 is reduced by 33% in the Cyber Monday sales — but the offer ends soon. [...] 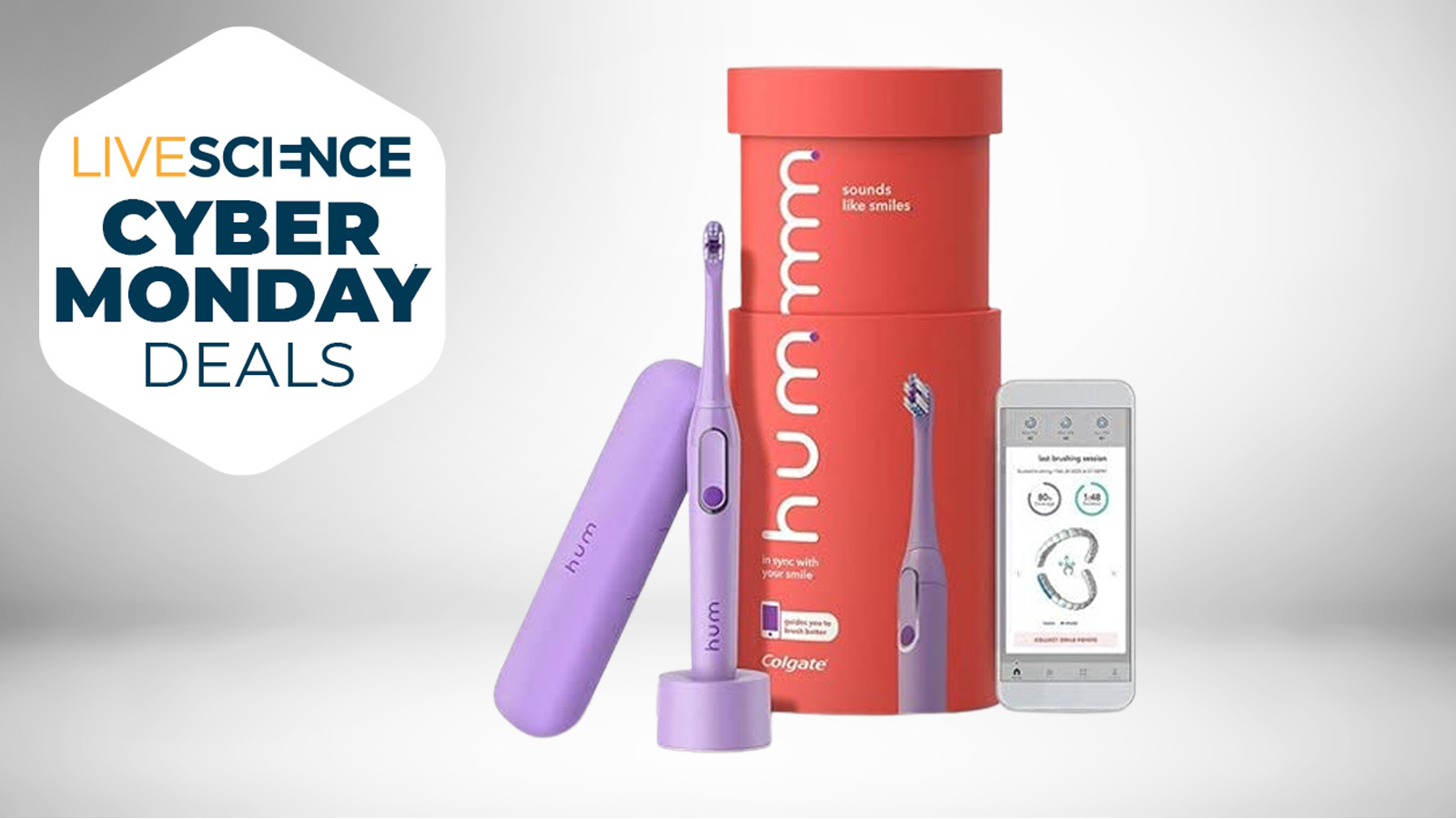 One of our favourite electric toothbrushes is less than $30 for Cyber Monday — but the offer won't last long. [...] 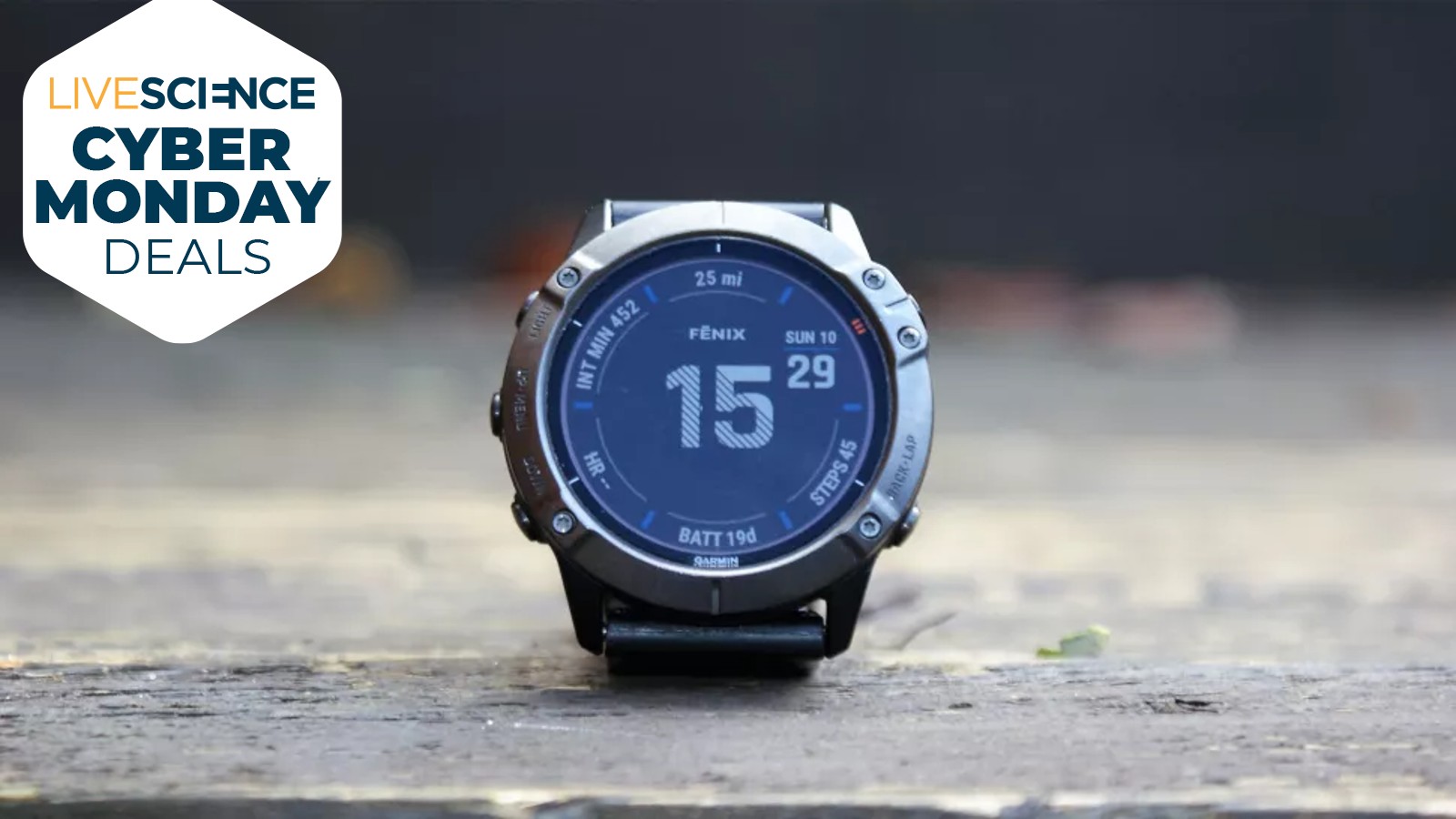 Amazon has knocked hundreds of dollars off the Fenix 6X Pro Solar for Cyber Monday. But hurry, this offer will end soon. [...] 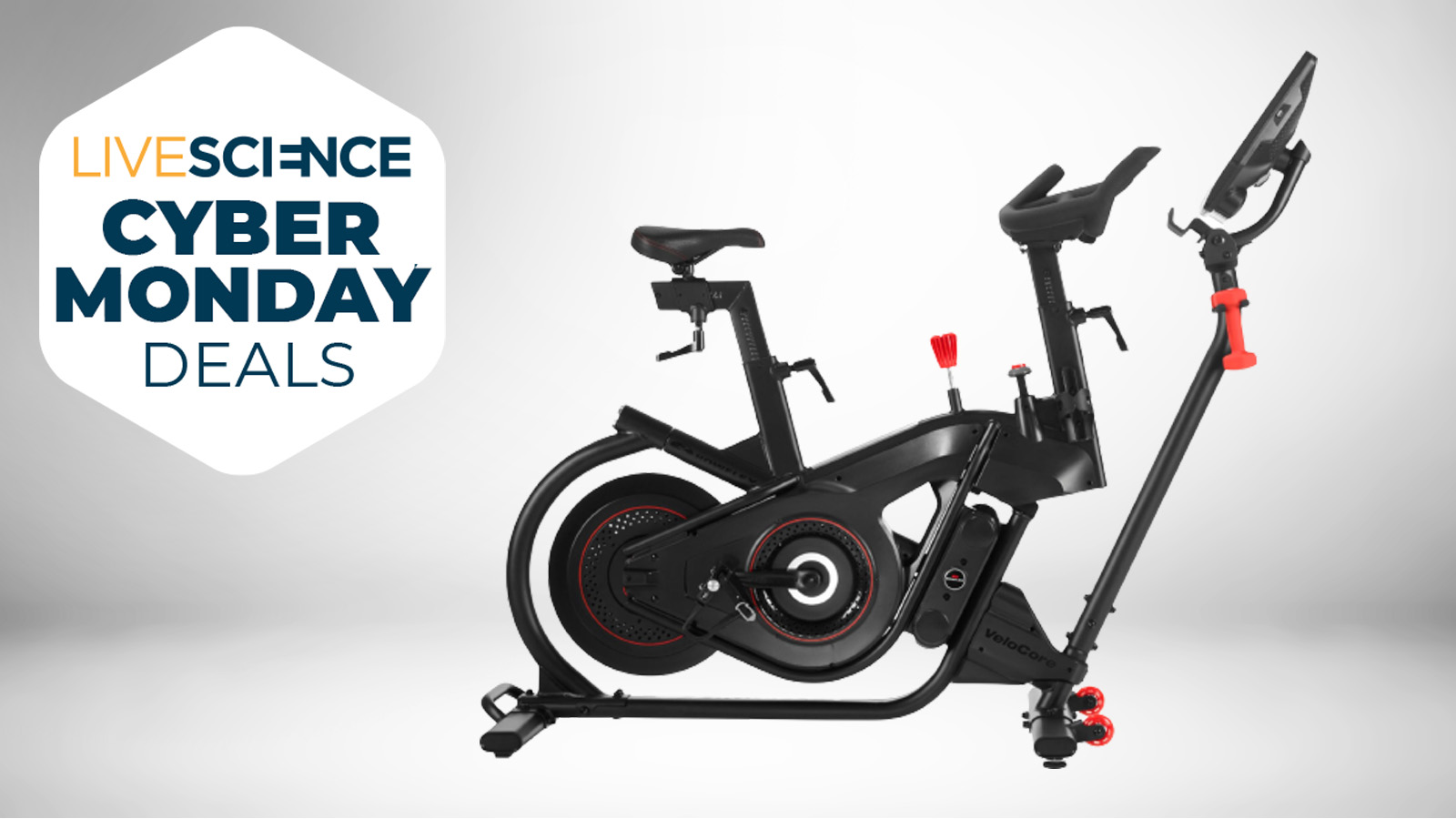 Get the premium Bowflex VeloCore Indoor Bike for 50% off this Cyber Monday. But hurry, the offer ends soon. [...] 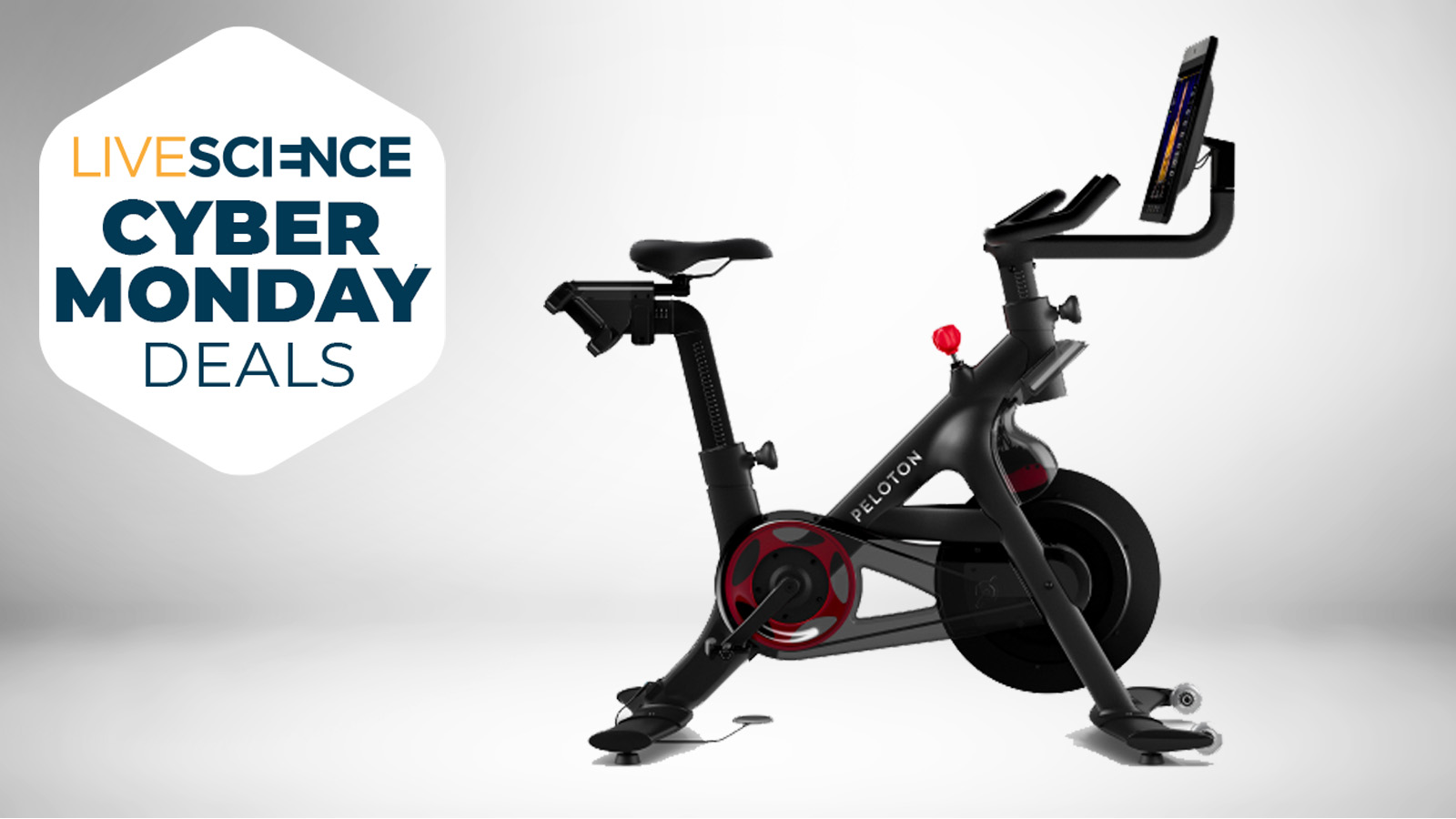 The Peloton bike is cheaper than ever at Amazon — but save your money and get a bundle from the brand for even cheaper. [...] 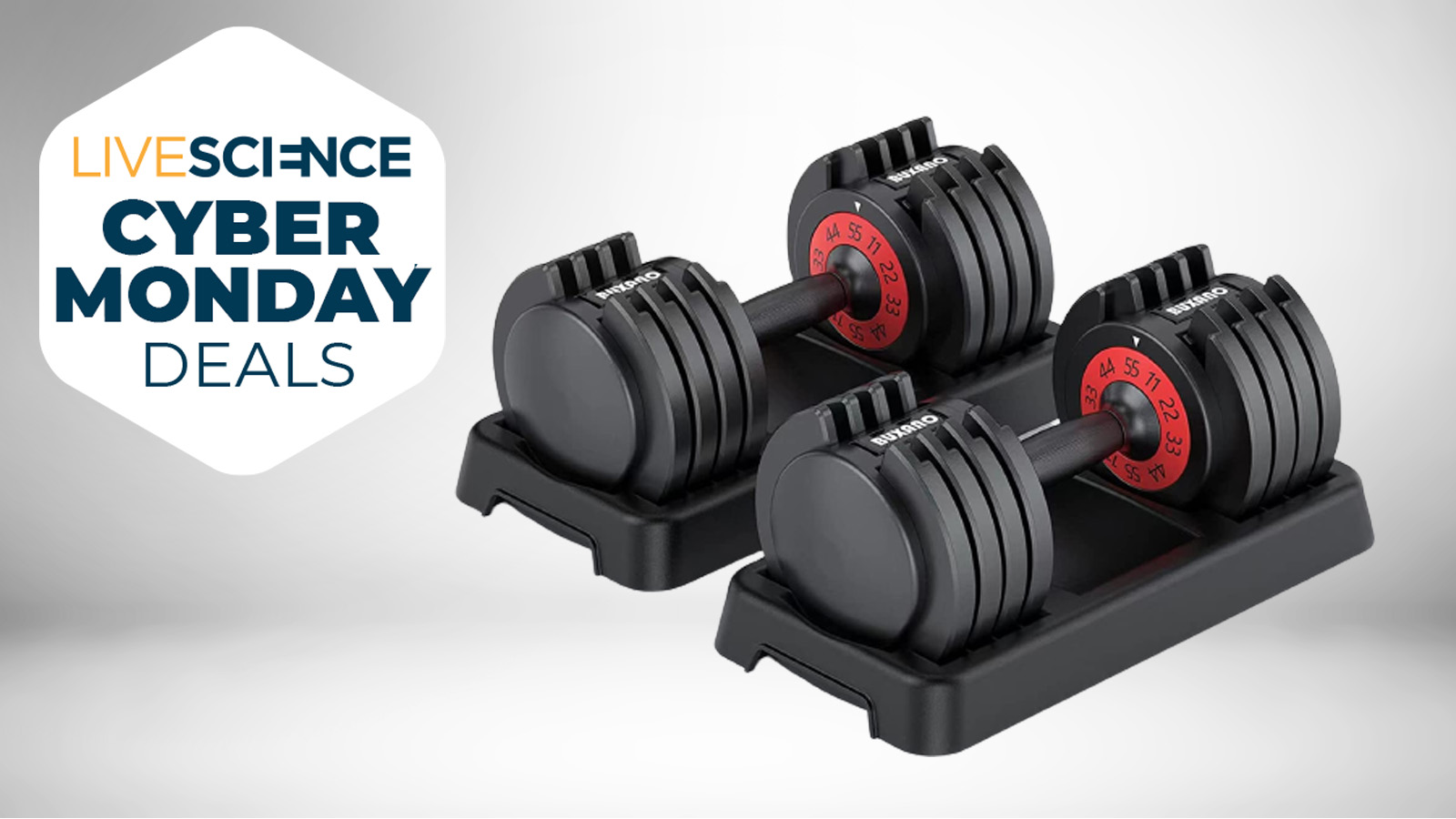 If you’re quick, you can get a massive 61% off a BUXANO Adjustable Dumbbell with this Cyber Monday deal. [...]